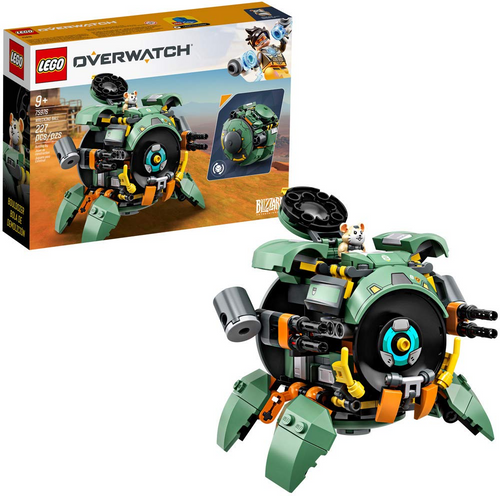 Immerse your favorite Overwatch® fan in epic missions with this LEGO® Overwatch 75976 Wrecking Ball set. Based on the internationally acclaimed team-based action game, this Overwatch toy set transforms from an iron-clad battle mech to a high-speed ball. A fan favorite, Wrecking Ball is piloted by Hammond, a resourceful hamster who pops up from the cockpit just like in the game. With Quad Cannons and 4 extractable limbs that fold out when transforming into the mech toy, youngsters will love playing with this instantly recognizable model and Overwatch character. Older fans will be excited to show their passion for Overwatch by displaying the set near their gaming setup for all their friends to see.

This product hasn't received any reviews yet. Be the first to review this product!